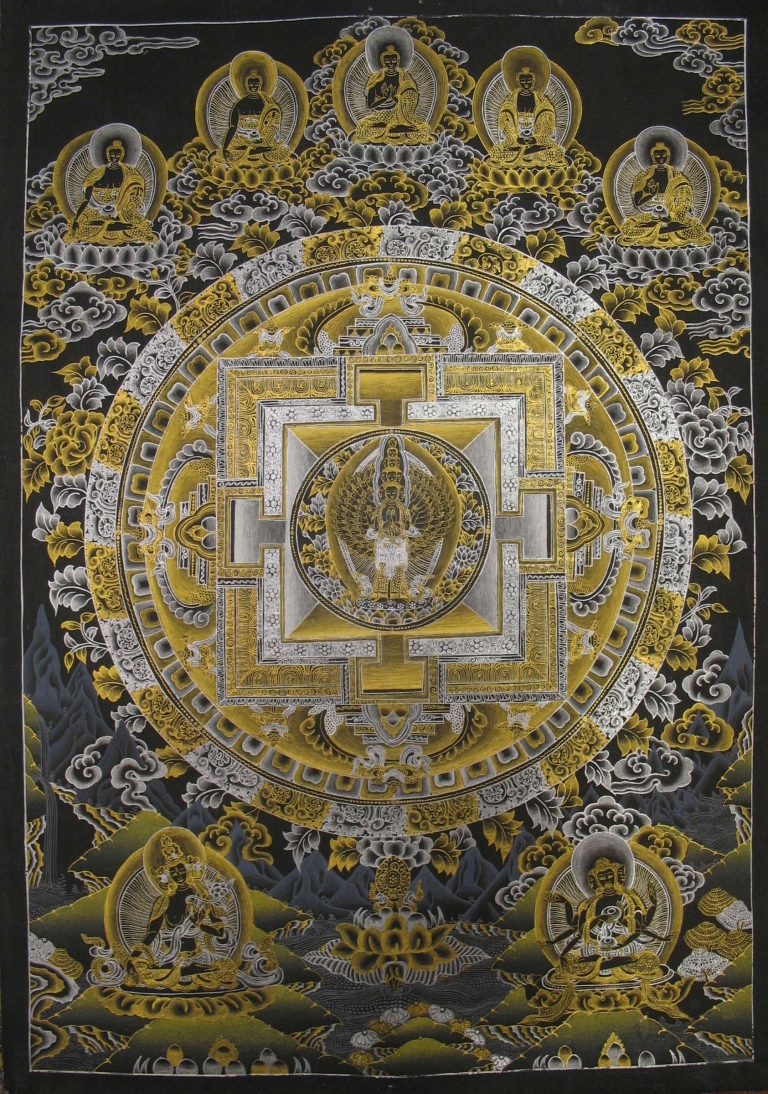 Tibetan art of Lokeshvara painting is hand painted on cotton canvas by Thangka artist from Nepal. The size of this mandala is 53 x 36 cm.

Tibetan art of Lokeshvara painting is handpainted on cotton canvas by Thangka artist from Nepal. The images of Amoghpasa can be found in Java, China, and Japan. Lokeshvara is a multi-armed form of Avalokiteshvara that seems to have been popular in Nepal since the Middle ages. The name suggests that he is the lord of the world with infallible noose which leads suffering sentient beings to enlightenment.